4 April – The female was continuing to incubate from the previous evening until the male arrived at 5:15. He takes over the duties whilst she remains on the ledge preening. At 6:15, she walks to the back of the box and forces the male off the eggs. He leaves reluctantly. The female is rather agitated and restless and with good reason, at 6:50 lays her fourth egg! Ten minutes later she continues incubation. The male takes over at 7:25 whilst the female remains on the ledge. She flies off at 8:30 returning at 9:05 to replace the male. She flies off at 9:20, the male taking over at 9:25. She returns at 9:50 and relieves the male 10 minutes later. He flies off, returning at 11:55 to sit on the ledge until 13:45. The female also flies off but the male soon returns to continue incubation. The female is back at 14:50 and the male leaves to return at 16:35 when he takes over, with the female sitting on the ledge until 17:10. She returns at 19:30 and continues to incubate through to midnight at least.

3 April – The female is incubating until 3:55 when the male arrives and takes over. She returns for a few moments at 5:00 but at 6:00 she replaces the male. He is back at 7:35 whilst the female remains on the ledge preening. She takes over at 9:00 until his return at 10:50 when once again she sits on the ledge. At 13:05 she is back but both birds leave immediately for 10 minutes, the male returning to incubate until 14:20 with a break between 13:30 and 14:10 when the female takes over. He returns at 15:00 when copulation takes place on the ledge after which the male leaves and the female continues incubation. He is back at 16:55 but leaves after just 10 minutes, the female taking over. He does another stint at 18:05 for an hour. The female visited at 18:35 with a very large prey item but left immediately and returned with a full crop to take over at 19:10 incubating until at least midnight.

It was interesting to note the visit of a pair of Magpies this morning – the first time I’ve seen them on the ledge (usually Feral and Woodpigeons). This shows just how vulnerable the eggs can be if left unattended. Thankfully no harm was done. 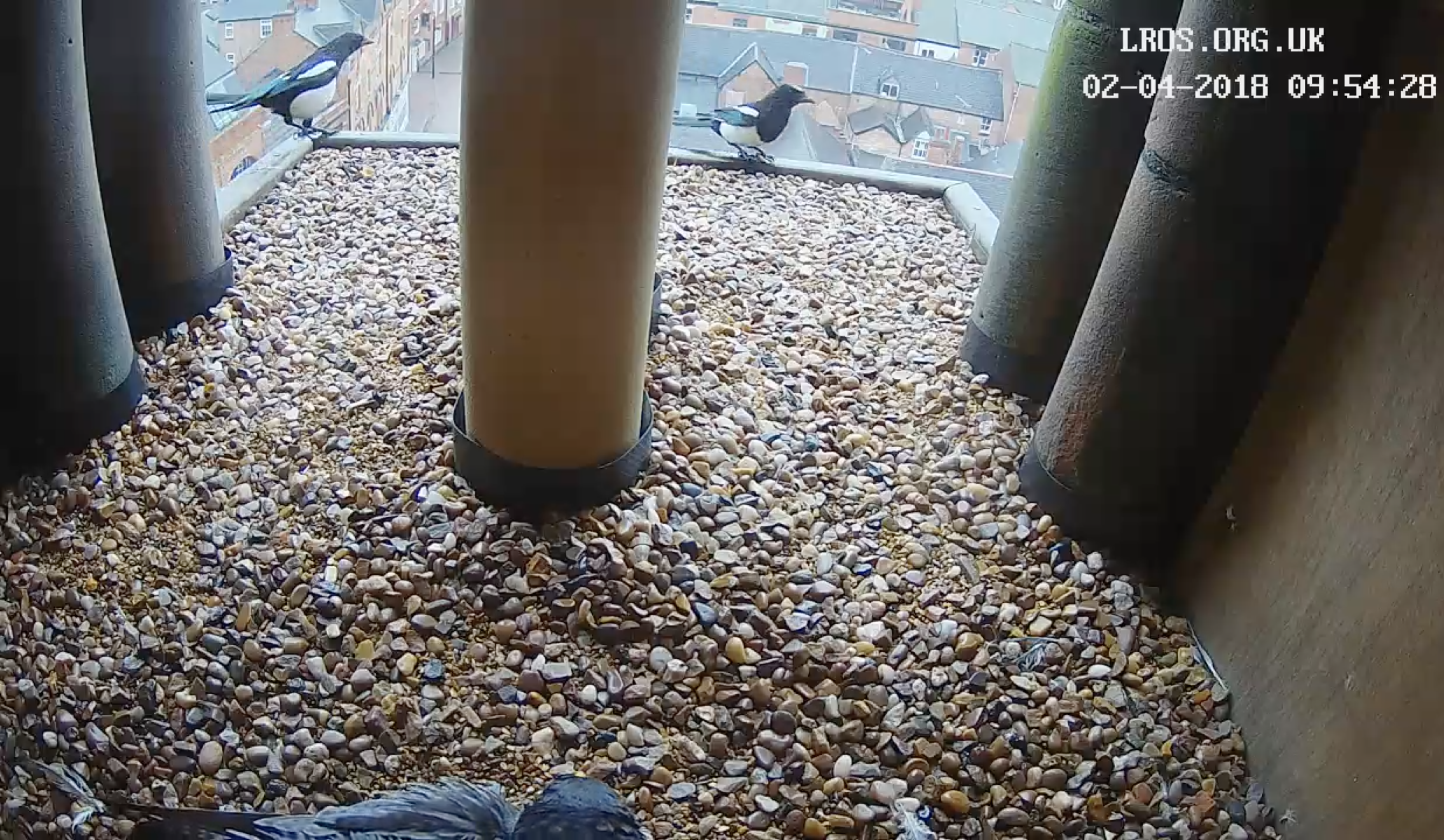 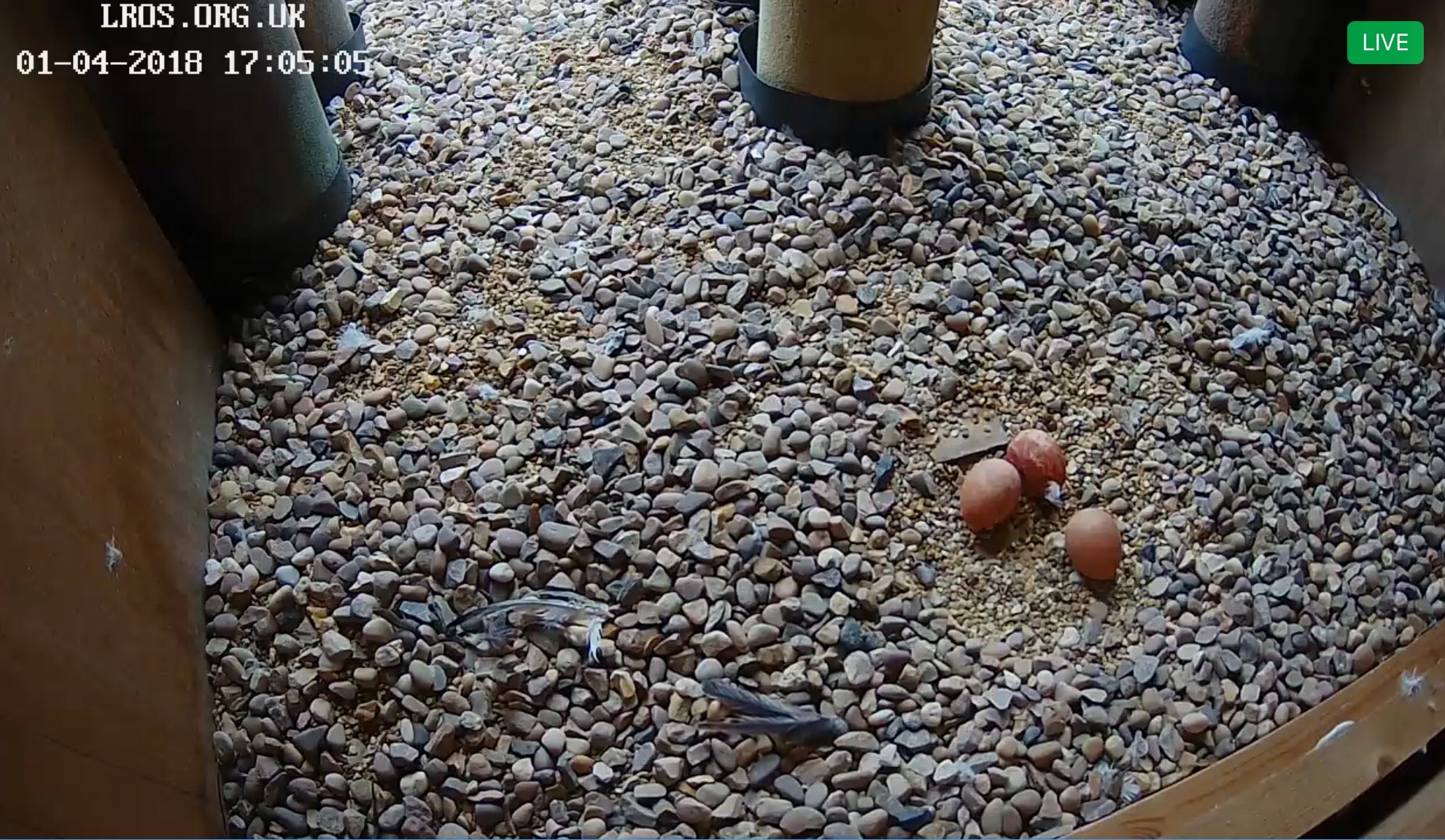