In January 2016, the Leicester Peregrine Project was given permission by Leicester Cathedral to remove one of the louvres within the bell tower/spire to facilitate the introduction of the nestbox. Due to the size and weight of the louvre (180kg of solid stone), this had to be undertaken by a professional stonemasons. A custom-made hoist and tackle had to be designed and erected in situ as the stairwell was too small to allow anything more suitable to be taken to the necessary height.

The following photographs show some of the work: 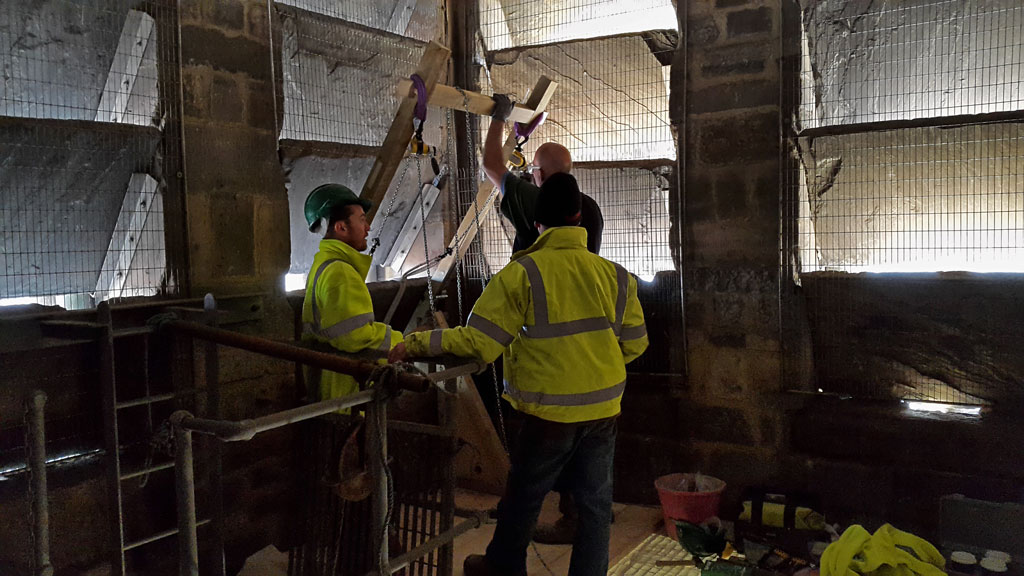 The hoist and tackle are being prepared © Richard Kelly 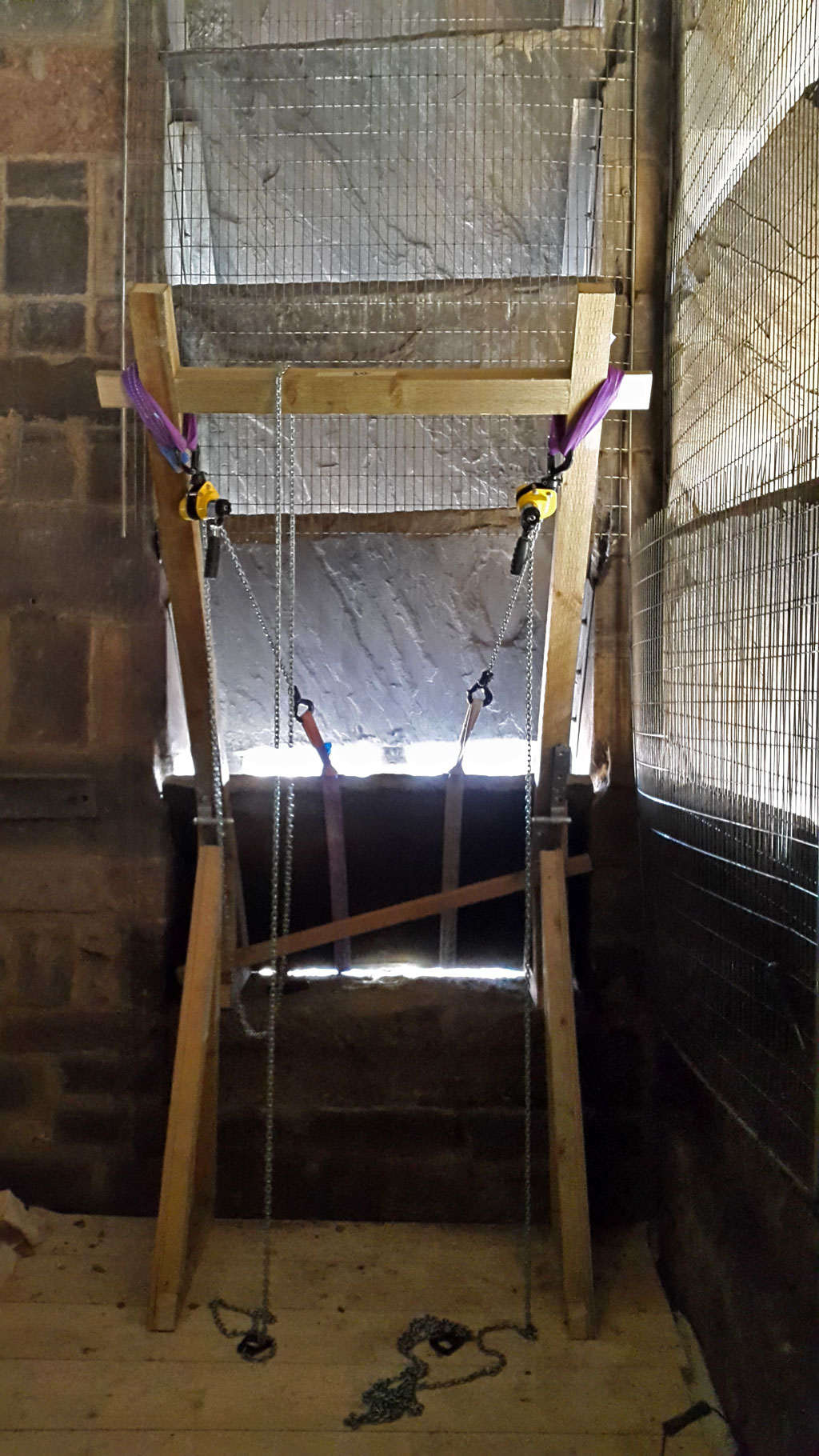 The hoist and tackle ready for use © Richard Kelly 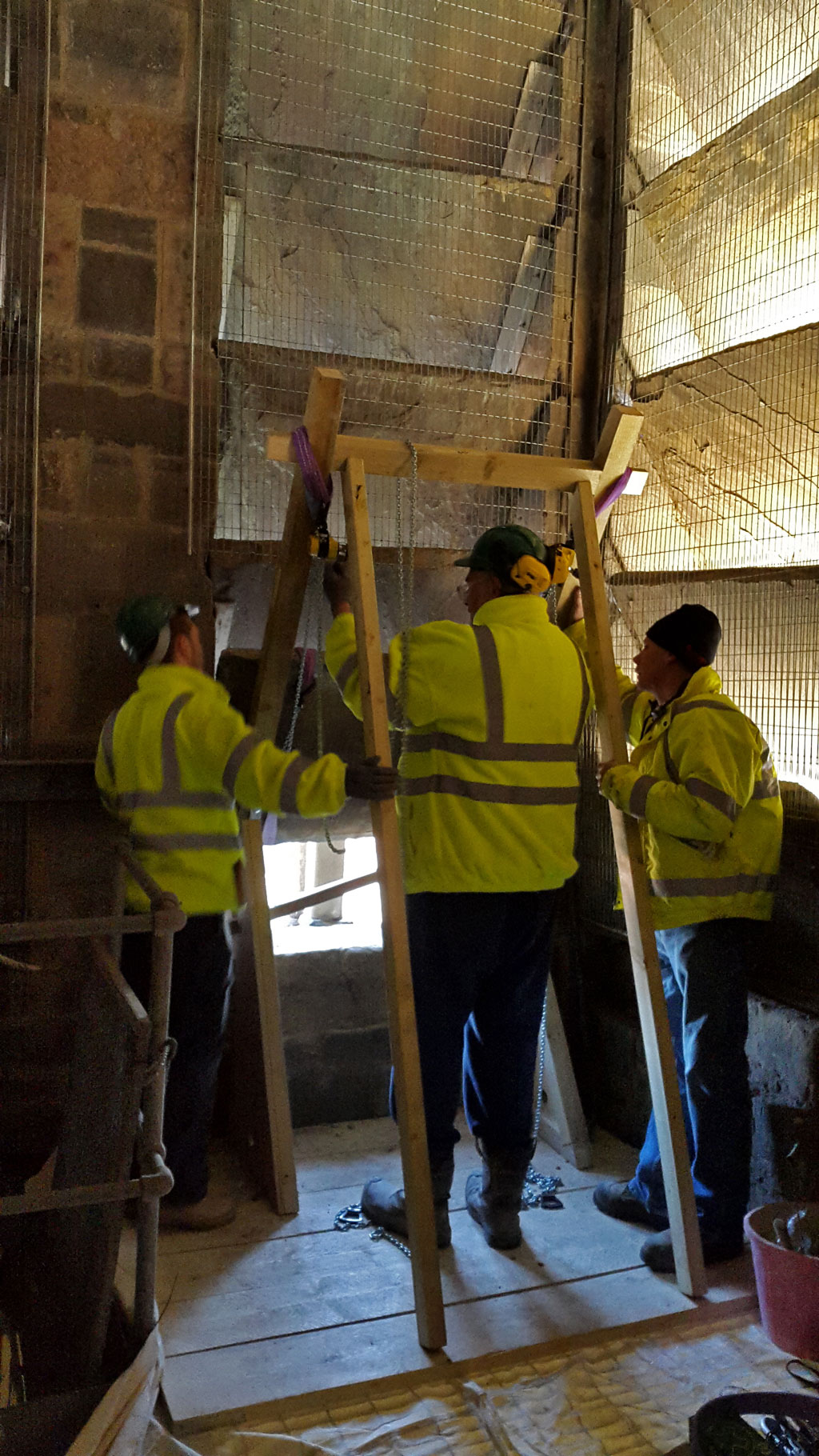 The louvre being lifted out of position © Richard Kelly 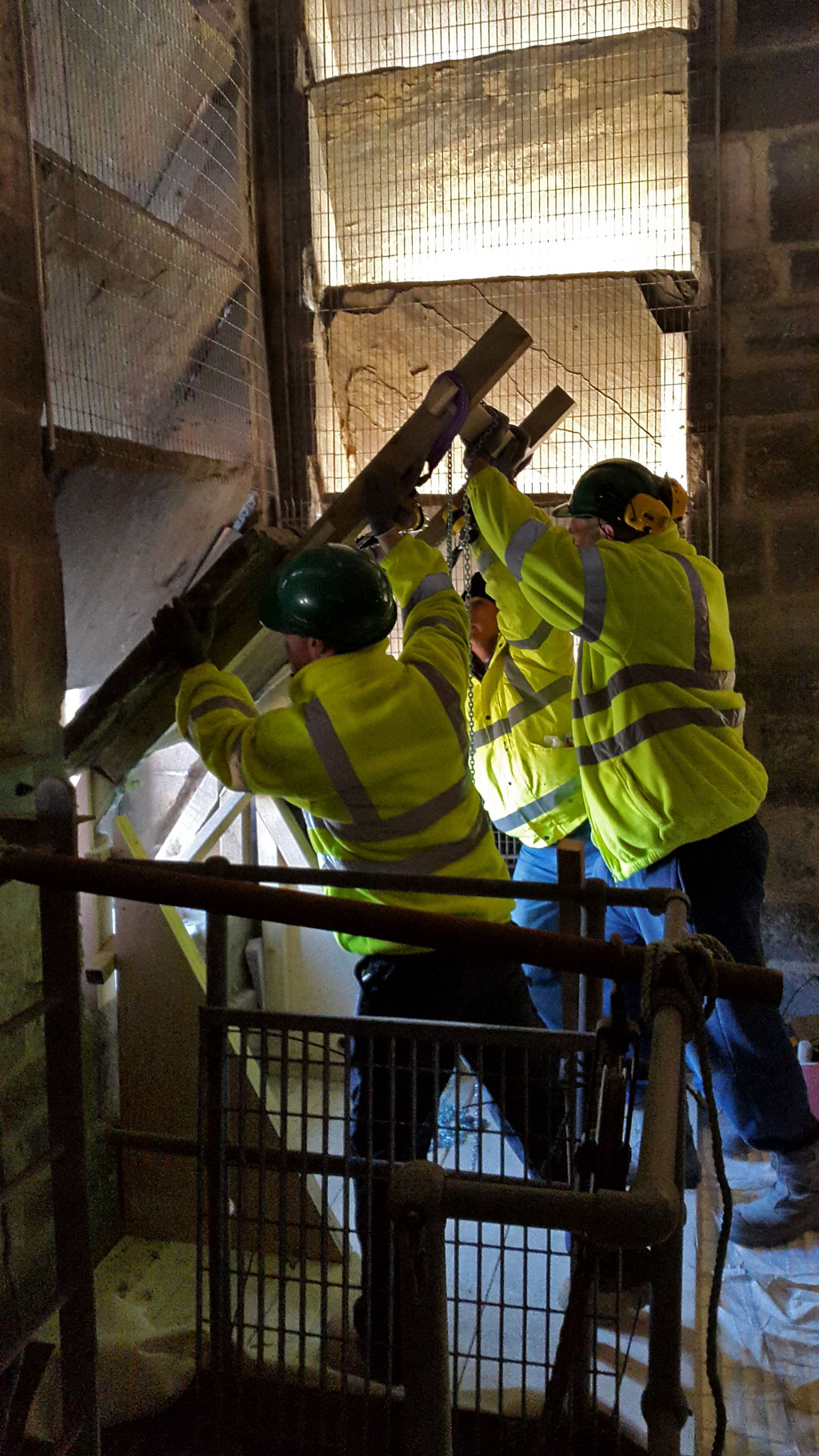 Almost there – the louvre at its maximum height © Richard Kelly 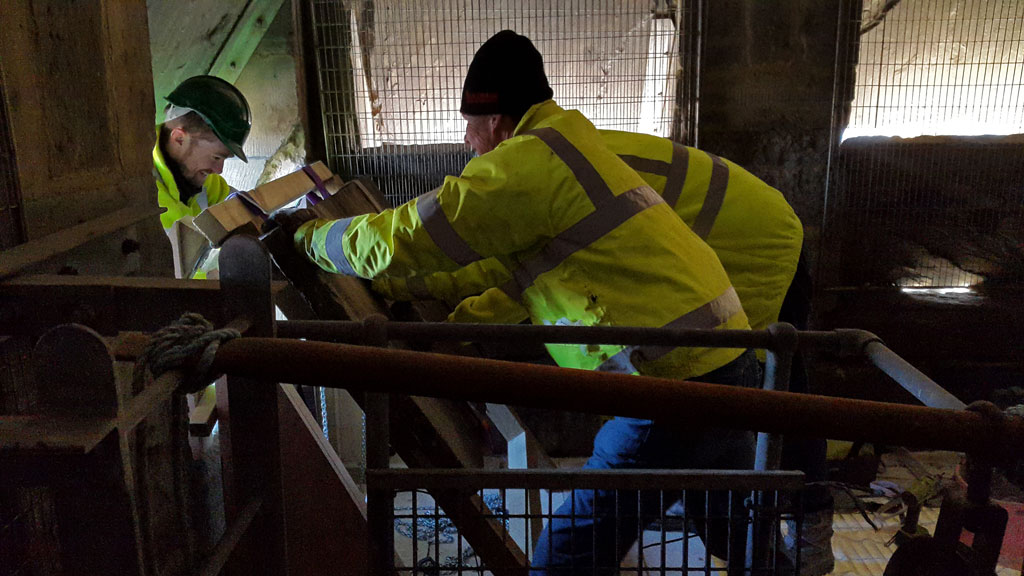 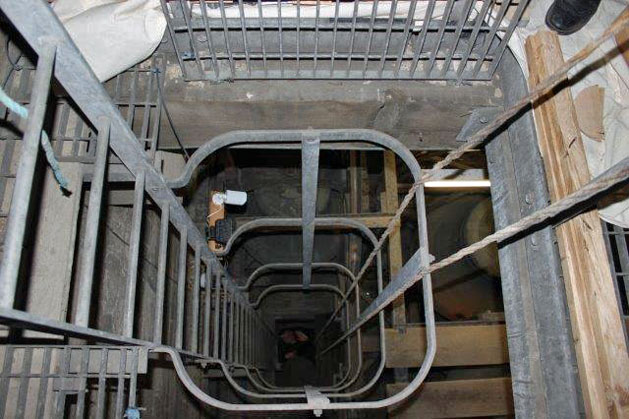 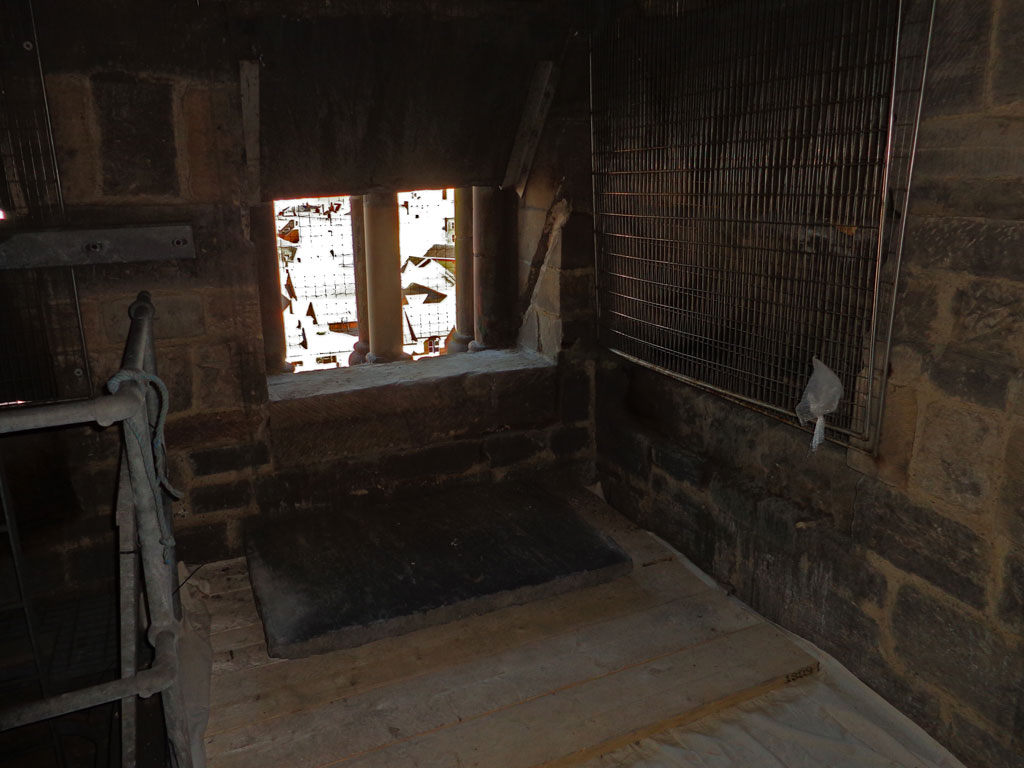 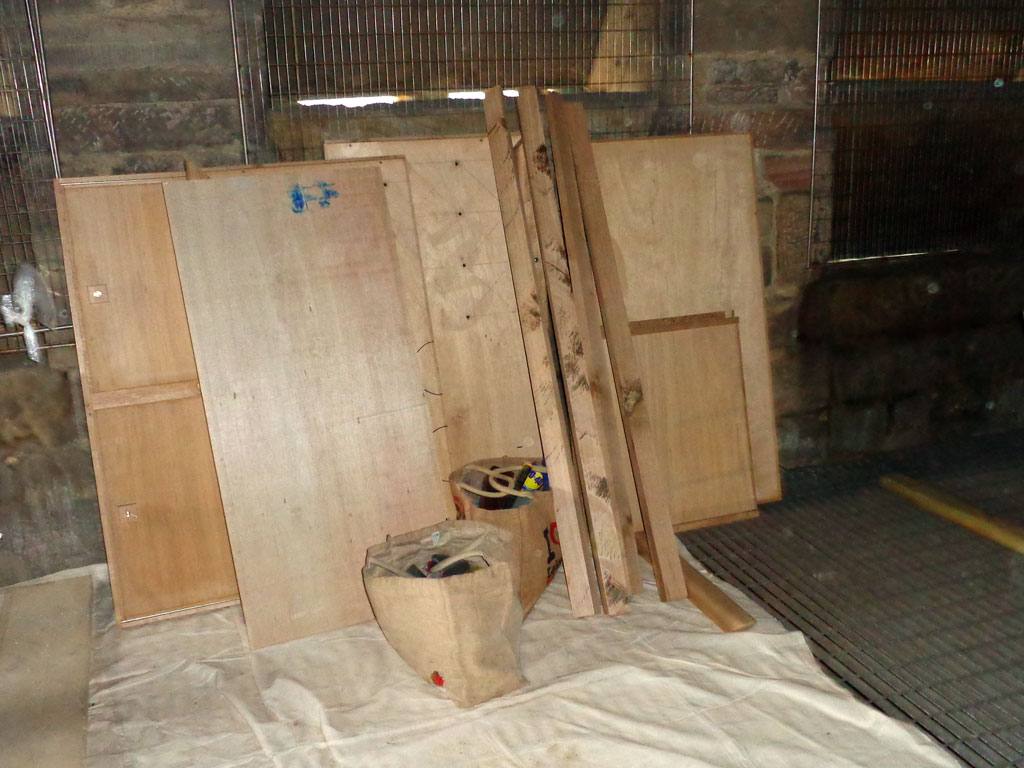 Yes, all these tools and materials had to be raised through the metal stairwell using a hoist and pulley © Jim Graham 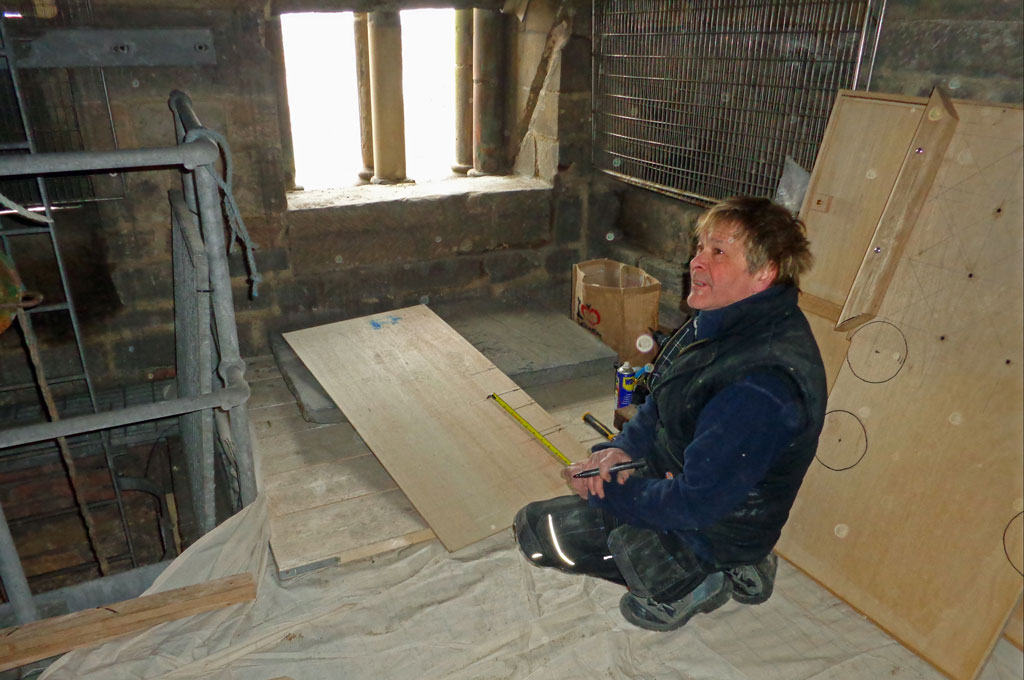 Mark Rowlinson making final adjustments to the measurements for the box. Due to the two central columns, the nestbox and platform had to be built in two halves and joined together © Jim Graham 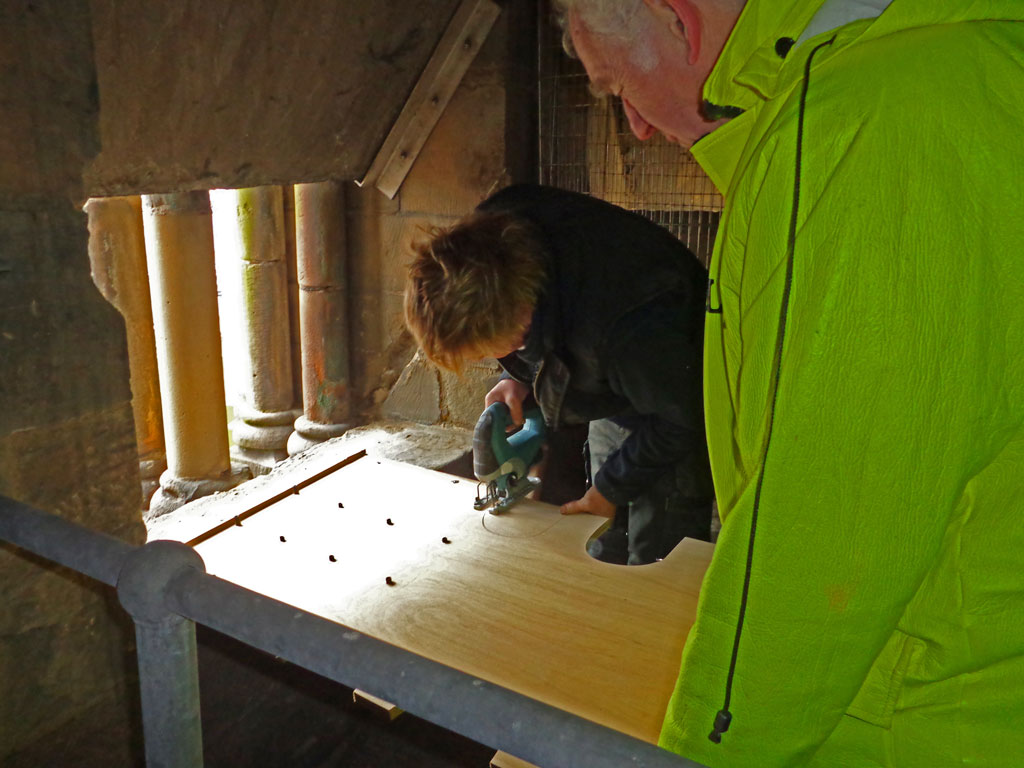 Cutting the board to fit around the columns © Jim Graham 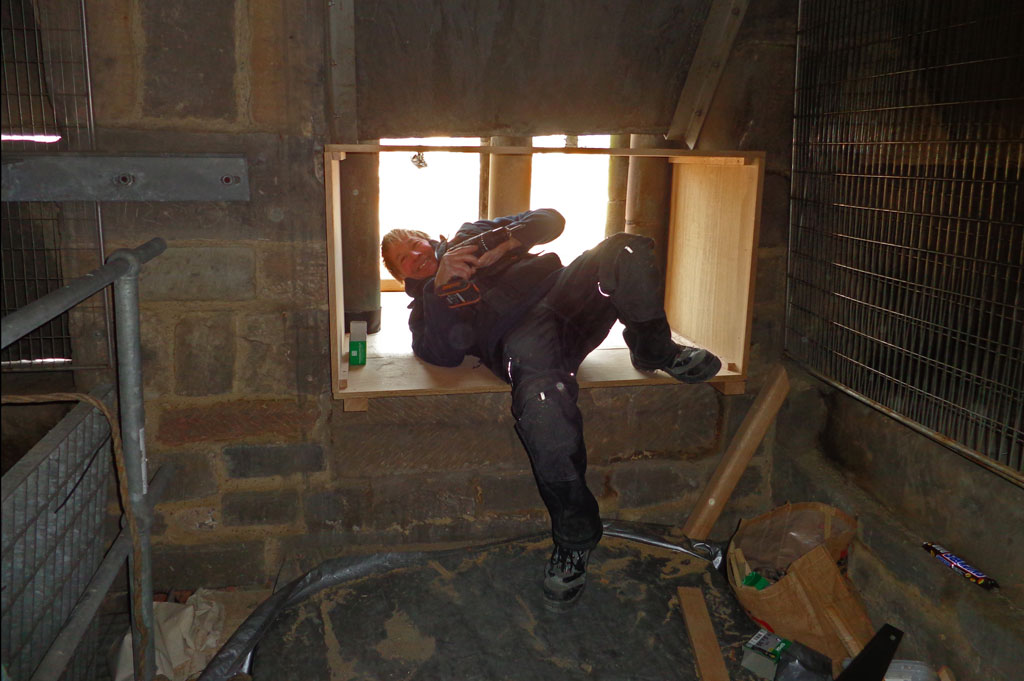 Putting it all together – told you it would fit! © Jim Graham 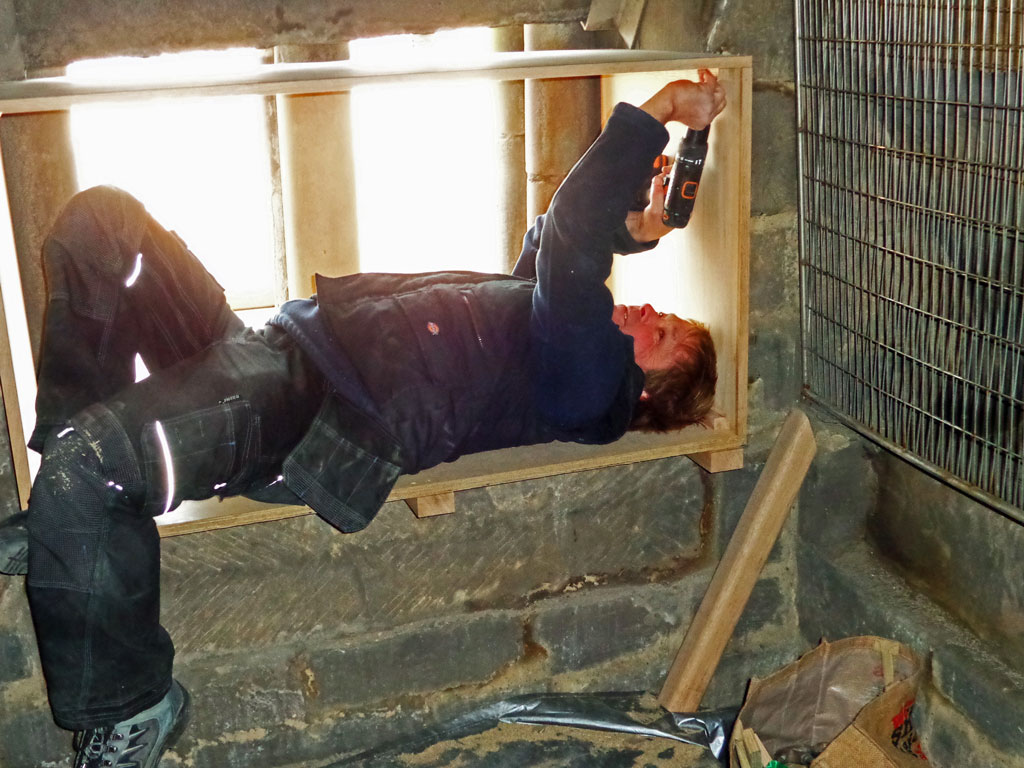 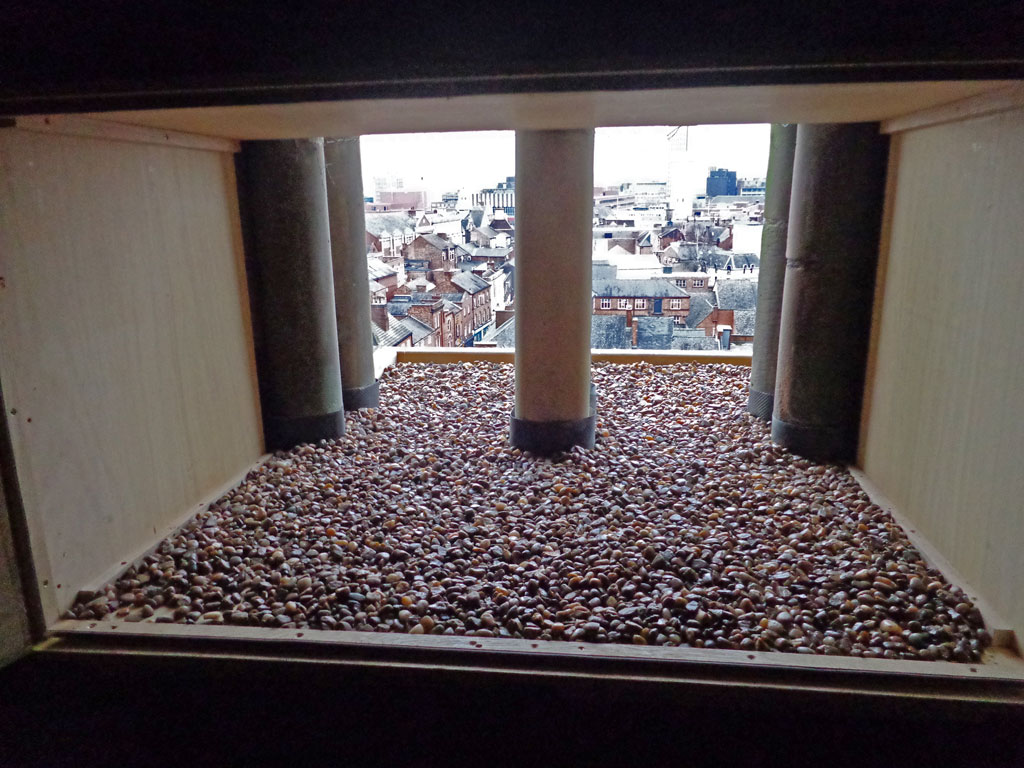 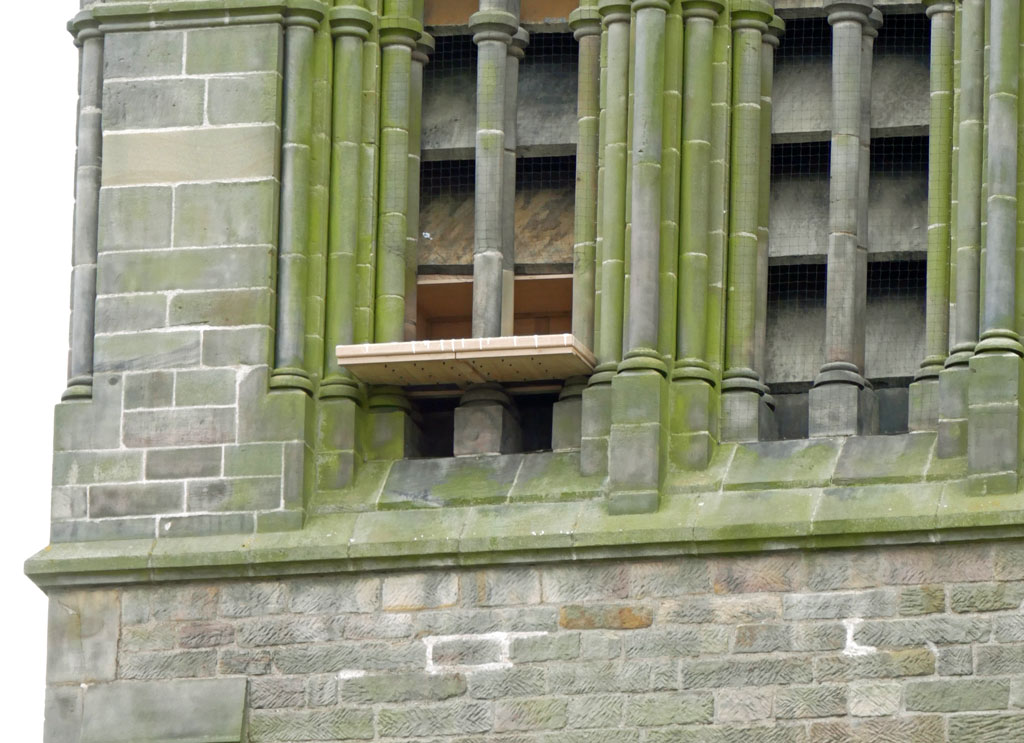 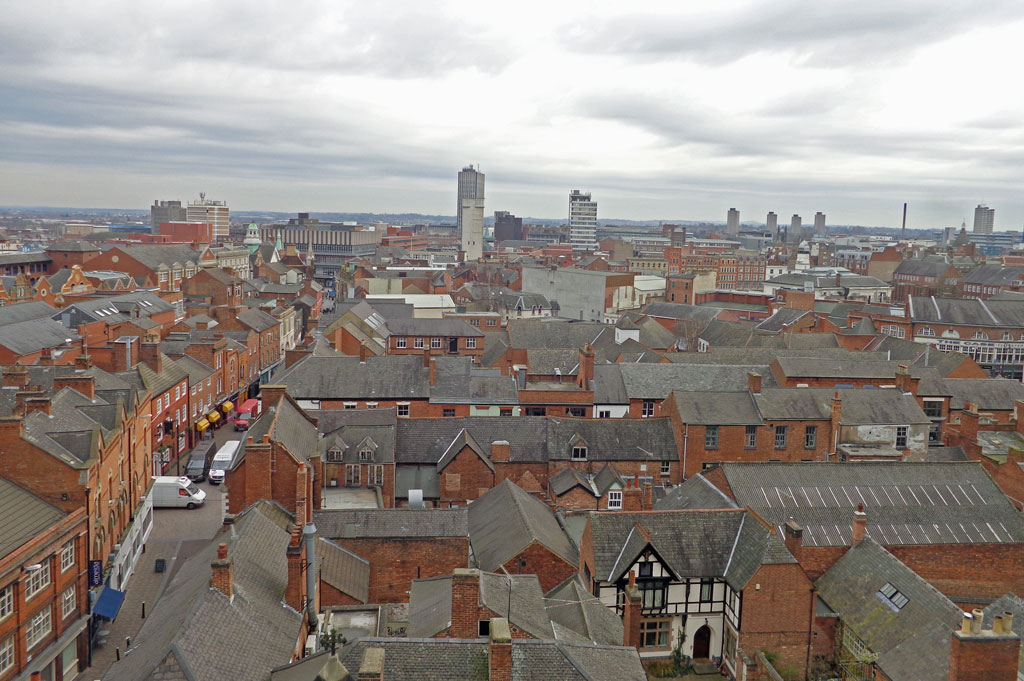 The view from the nestbox looking east over Leicester. Note the old Lewis’s store tower on the skyline © Jim Graham